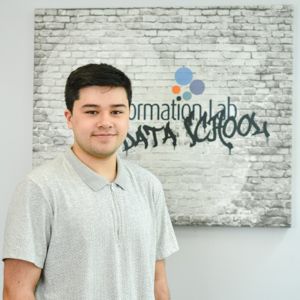 Zach graduated from the University of Hull with a BA degree in Philosophy, Politics and Economics. Although not facing any data analysis at university, he found that he enjoyed analysing in general and saw the natural progression of this would include data.

After scrolling the job boards for a while and finding the opportunity with the Data School, Zach applied and in the application process found that he really enjoyed working with Tableau.

Out of office, Zach enjoys watching sports, most commonly Football and F1, and performing strongly in both... in their video game counterparts. Outside of that, he enjoys spending time with friends and trying the cuisines (and attempting to recreate them) that both London and the world have to offer.